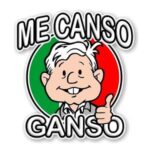 Mexican voters will go to the polls June 6, 2021 for what is being widely touted as the largest election in the country’s history.  Citizens will cast ballots for nearly 21,000 public offices including all 500 seats in the federal Chamber of Deputies and 15 of 32 state governorships, among many local elected positions.  Turnout is expected to be higher than usual for a non-presidential election, due to the polarized political atmosphere currently prevailing in the country, and the media are regularly running pieces arguing that the stakes are high for institutional democracy in Mexico. We agree that the institutions underpinning democracy in Mexico, such as it is, are under attack right now to an alarming degree, but we feel that this is most likely a short-term problem.  The larger challenges to Mexico’s development as a nation-state, alas, are more long term.  Here is a brief summary of how we see the situation:

President Andrés Manuel López Obrador (AMLO) won the presidential election in 2018 on his third try, and since taking power he has moved quickly to concentrate power in his own hands, ruling capriciously and nearly by decree with the help of a majority in Congress for his own personal political party, Morena, and its minor alliance parties.  He has lavished benefits on the military, bringing the armed forces into a role of prominence not seen since the early 20th century when the country was run by former generals in the post-Revolutionary period.  And he has relentlessly sought to restore the monopoly positions that the state-run energy companies Pemex (oil and gas) and the Federal Electricity Commission (electricity) enjoyed until a free-market energy sector reform in 2014.  Facing minority opposition, President López Obrador would have run roughshod over existing regulatory environments, legal rulings and the Constitution were it not for the somewhat unexpected resiliency of quasi-autonomous institutions such as the judiciary, the National Electoral Institute (INE) and the Federal Competition Commission (Cofece).  Incensed by their unwillingness to line up behind him, the president lambastes these organizations, the media and the business community as enemies of the people and the fatherland.  So far, however, the AMLO administration has stopped just short of unilaterally breaking the institutional order by removing uncooperative judges, dissolving the INE or other such drastic measures favored by political “strongmen” down through Latin American history.

Against this backdrop, the high stakes of the upcoming election will be whether voters will strengthen Morena’s hand in Congress and statehouses, to assist the president in achieving the number of votes he would need to modify the Constitution.  Critically, by achieving a two-thirds majority in the Senate and the Chamber of Deputies and controlling a simple majority of state legislatures, AMLO could modify the Constitution to return the energy industry to state monopolies.  A larger majority would also help him reshape or eliminate the offending quasi-autonomous entities in accordance with his preference, if he chose to pursue such changes.  The composition of the Senate will not change with the upcoming election, so a two-thirds majority in the upper house for the president via coalitions is by no means assured.  So far, AMLO has tried every rule change, regulatory rewording and discretionary tactic he and his team have been able to think of to restore the privileged position of the state energy companies without launching a full-fledged attempt to reform the Constitution for this purpose.  This is presumably because he is not sufficiently confident he could actually put together the required votes and statehouse approvals to bulldoze what is sure to be furious opposition from the PRI and PAN.  In fact, despite the wailing and rending of garments on the part of the AMLO-haters and international press, a fair portion of the president’s dictatorial instincts have been frustrated by some combination of Congressional opposition and the existing institutions intended to assure impartiality and checks and balances.  In his dreams he’s probably imagining the INE and Cofece officials hanging upside down in chains in the basement of the National Palace, but in reality he’s just not getting the traction he needs so far.

If AMLO and Morena (or the 4T as they are collectively known) lose seats in the Chamber of Deputies and statehouses in the June 6 election, we will likely continue fathing about for the next three years much as we have so far, with unilateral rule changes blocked by the courts and fought over between the government and opposition groups.  Lots of name-calling, appeals to patriotism and nasty internet comments, but not a wholesale reordering of Mexican society.  If the 4T wins the day in the mid-terms and expands its legislative footprint across the board, we still may not see the transformation of the country’s institutions that the rabid anti-AMLO sector so fears, if Morena can’t put together the needed coalition in the Senate or enough state legislatures for Constitutional reform.

The simple version of the near-term vs. long-term question for us then becomes: What happens when AMLO’s presidential period comes to an end in December 2024?  Will he passively hand over the reins to the winner of the July 2024 election, presumably from his own party?  Or will he somehow seek to defy all precedent and Mexican institutionality to continue in office?  Now that would truly throw the rule book out the window, change the course of Mexican history and validate the apocalyptic prophesies of the most ardent AMLO-haters.  But if AMLO steps down at the end of his term, voluntarily or otherwise, the next president would have to continue in lockstep with his 1970s fever dream for his vision for Mexico to come to fruition.  This is not likely.

At this point, conventional wisdom holds that the two leading candidates to run for president under the Morena banner in 2024 are Mexico City Mayor Claudia Sheinbaum and Foreign Affairs Minister Marcelo Ebrard.  Sheinbaum has been a loyal 4T soldier and has seen fit to repeat some of the president’s ideological slogans to remain in his good graces, but we see both Ebrard and Sheinbaum as progressives with their own policy agendas.  They have been careful to zip their beaks for the time being to avoid running afoul of President Strongman, but our interpretation based on their own careers is that neither of these two politicians pines away for the plodding, top-heavy petro-state of the 1970s envisioned by the current president.  Will Sheinbaum, who participated in a Nobel-winning United Nations climate change panel, and Ebrard, a known tree-hugger and international climate-change gadfly, take up AMLO’s campaign to block renewables, build the economy on increased fossil fuel production and bulldoze electoral institutions? We think not.

Unfortunately, the real long-term challenge for Mexico is how to overcome the country’s catastrophic state of violence and corruption so that people can live and work in peace to build a better future for all Mexicans.  AMLO will not be the one to solve this problem and he has shown little interest in the topic, preferring to rail against his perceived enemies in the media and the courts.  The current election campaign has been the most violent on record, with candidates being murdered nearly daily regardless of their party.  Organized crime controls wide swathes of states such as Guerrero, Michoacán and Guanajuato, and the line between the cartels and the politicians is too often imperceptible.  The country needs leadership that will bring ideas and actions to address this reality, and AMLO and the 4T have shown no interest in taking on this thankless task.

At this juncture, a few days before the great 2021 Mexican mid-terms, our prediction is that Morena’s gains will not be definitive, and even if AMLO turns up the heat even further for his remaining three years in office, there will be no wholesale transformation of society in Mexico.  We are willing to go out on a limb and predict that AMLO may try to retain as much of his influence as possible after his term ends, but he will not reform the Constitution to remain in office past Dec. 1, 2024.  And even further out on that dangling limb, we predict that either Ebrard or Sheinbaum will become the next president (our money’s on Ebrard) and begin the laborious process of repairing the damage done to the country’s institutions, economy and environment by AMLO and his enablers.  Of course, any of these predictions could go way off the rails at any moment.  Starting this coming Sunday.